This post is dedicated to those books that I’ve never been able to finish, but still sort of want to someday. Books I abandoned because I didn’t have enough time to invest, because I just couldn’t get into them, or because they were due back at the library and I had maxed out my renewals. I’ve read enough of these books that I like to pretend that I’ve read them, but I’m confessing today that I’ve never made it all the way through any of them.

There is a list of Kindle books that are currently on sale at the bottom of this post. These are books I personally recommend or that are on my to-read list. Kindles are actually on sale as well for the month of March, so if you’ve been thinking of purchasing one, this is a great time. The base model (which is a touch screen) is only $59. 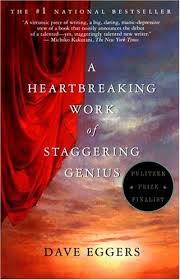 A Heartbreaking Work of Staggering Genius by Dave Eggers. I feel really awful about this one. Partly because I’ve started it four times, including once as an audio book and I’ve never even made it halfway. But mostly because my dear friend, Rachel, actually loaned me her copy of this years ago and I TOTALLY STOLE IT and then never finished reading it! (Hangs head in shame). I now have this on my kindle because I don’t have my enormous book collection in Korea with me and I got it on sale once thinking this would force me to read it. But I still haven’t. I honestly think I will really like it when I make it all the way through, but something has stopped me every time. This is an autobiographical novel based on the events of Eggers’ life, becoming and orphan and parent to his 8-year-old brother at the age of 22 when both of his parents died within 5 months of each other. 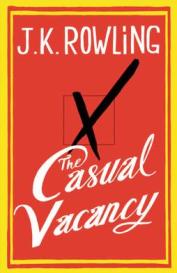 The Casual Vacancy by J.K. Rowling. I got this from the library after being on the waiting list for approximately 7 million months. I only had two weeks to read it because you can’t renew a book that other people are waiting for. This was during a time in my life when I didn’t have as much reading time as I do now and it’s pretty long and frankly, it just wasn’t that compelling. I could have bought it at some point after returning it to the library or tried to borrow it again, but I never went back to it. I stopped about halfway through. This was Rowling’s first adult novel and is about small town politics in a village where a parish council seat has opened up due to the unexpected death of the councilman. I enjoyed Rowling’s Cormoran Strike mysteries (written under the pseudonym Robert Galbraith) very much, but this one just didn’t hold my attention so well. I’d still like to finish it someday, but it’s not a priority. 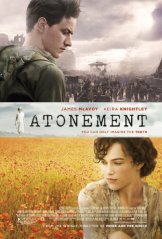 Atonement by Ian McEwan. I enjoyed the movie version of this book but have never been able to get past the first third when reading. I don’t know if it moves too slowly or if it’s because I already know the story and am not compelled by curiousity to keep reading and find out what happens next. I’ve tried reading the book twice and listening to the audio book once, but I’ve failed every time. Atonement tells the story of 13-year-old Briony Tallis who witnesses a crime in 1934 that her immaturity and precociousness cause her to misinterpret and embellish. The story tells about the repercussions of this crime through WWII and beyond. 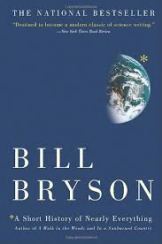 A Short History of Nearly Everything by Bill Bryson. Despite the title’s claim, this history is not so short. The length was the primary reason I didn’t make it through this one, but I also attribute it to reading it during a period of my life where I didn’t read a lot of non-fiction. Although Bryson is a fantastic and engaging writer, compared to the novels I’d been reading, it was dry and hard to stick with. I’m really interested in picking this up again now that I read and appreciate non-fiction so much more. I’ve found that I’ve become much more interested in non-fiction since finishing school and seeing it as a form of continuing education. As the title suggests, this book is about origins – the beginning of the universe, of time, of humanity, and of civilization. 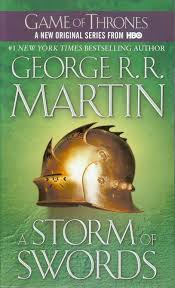 A Storm of Swords by George R. R. Martin (Game of Thrones #3). I’ve actually been on-board with Game of Thrones since high school, long before the television series was even on the horizon. But I only read the first one at the time (and there were only 3 published then). Since I was still in high school and very sheltered some of the sex and violence was just too much for me and I decided not to continue the series. Fast forward to when everyone and their mother is watching/reading Game of Thrones. I decided to pick it back up since I was a less sensitive reader at this point and I had really enjoyed the first one. The second book was decent, but by the time I got to this one, it just drags on FOREVER. It feels so unnecessarily long and I just don’t think the writing is that good. The story keeps getting more and more convoluted, which in my opinion is not necessarily a good thing, and I just got to the point where I didn’t want to spend any more time on it. I abandoned it mid-Book-3 and decided I’d either come back to it or just watch the show and catch up. I haven’t done either yet.

What’s on your abandoned books-shelf?

Again, Kindle devices are on sale for the month of March starting at $59.

*As of March 6th. I use the US Amazon site. Prices may vary on other sites.

New on sale this week:

The Girl on the Train, Paula Hawkins ($6.49) This is the lowest price I’ve ever seen this new release. I haven’t read it yet, but it’s recommended for fans of Gone Girl

The Bean Trees, Barbara Kingsolver ($4.99) One of my favorite writers. Kentucky native Taylor Greer tries to escape her roots but succeeds in collecting a 3-year-old native American girl along the way.

Fangirl, Rainbow Rowell ($4.99) I haven’t read this but am told fans of Eleanor & Park will enjoy this one as well.

An Altar in the World: A Geography of Faith, Barbara Brown Taylor ($3.99)

Still on sale from last week:

Mistborn– The Final Empire, Brandon Sanderson  ($4.99) This is the first book in Sanderson’s Mistborn fantasy trilogy. I’m currently reading this.

Girl Meets God, Lauren Winner ($1.99)  I read Winner’s more recent book Still last month (review here) and am now curious to read this book, which tells the story of her conversion from Orthodox Judaism to Christianity.

Looking for Alaska, John Green ($2.80) This is the author who wrote The Fault in Our Stars. Read my review here.

Paper Towns, John Green ($3.99) I haven’t read this one, but wanted to include it for John Green fans who might like to pick it up.

Me Before You, JoJo Moyes ($2.99) Ambitionless twenty-six year old Louise loses her job and takes a temporary position as a caretaker for a 35 year old quadripalegic who challenges her to live life on a grander scale. This is a quick read, but not a particularly light one.  Be warned that you’ll need Kleenex.

Eleanor and Park, Rainbow Rowell ($4.99)  One of my new favorite young adult novels. So sweet.

The Night Circus, Erin Morgenstern ($4.99) I adore this book.