Some books are great because of a unique plot that keeps you guessing. Some stick with you because they deal with themes that resonate with you. Some have such vivid settings that you feel you’ve actually taken up residence in the world of the book while you read it. Most good books have at least one of these things, but almost all good books have characters you find compelling.

This is a list of some of the most interesting characters I’ve encountered, which is different than saying they are my favorites. Some of these are heroes, but some of them are villains or are otherwise unlikeable characters. What they all have in common is that they are complex, dimensional characters. These are the kinds of characters who aren’t just one thing and their ambivalence is the very thing that makes them so intriguing and memorable. These are the characters that expose the good and the bad in themselves, in humanity, and even in the reader. In no particular order, here is my list of most interesting fictional characters. 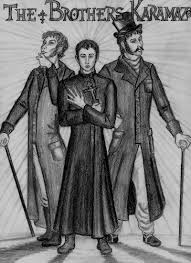 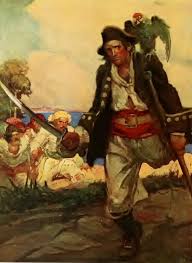 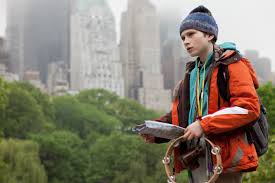 1. Ivan from The Brothers’ Karamazov. Ivan is the middle brother, the tortured intellectual, struggling with the moral implications of his philosophical agnosticism. Ivan voices those central questions of existence – Does God exist? How can I love and empathize with my fellow man? Why is there suffering? – and grapples with the answers.

2. Severus Snape from Harry Potter. Snape is set up as a villain from the get-go, but as the series progresses we are confronted here and there with actions that challenge that label. Snape’s motivations are complex and convoluted, but that’s what makes him such an interesting character. Is he ultimately a good guy or a bad guy? Is he self-serving or self-sacrificing? I say he’s both.

3. (and 4) Hazel Grace and Augustus from The Fault in Our Stars. Two terminally ill teenagers try to answer the questions of existence. Augustus tells Hazel,

This is heartbreaking and endearing and depressing and precious all at once. These two characters stayed with me long after I finished the book–the rawness of their pain, the sweetness of their love and the sadness of their nihilistic conclusions about life.

5. Denna from Name of the Wind.  Denna isn’t an entirely likeable character. She plays Kvothe like a lute. She’s inconsistent. She’s emotionally volatile. She’s kind of a slut. And yet…she’s so much more interesting than most female characters in fantasy. She has this mysterious past and mysterious goals. She’s incredibly smart which helps her to be manipulative, but there is this sense of something truly haunting her. She panics when she’s contained or pinned down and even when that’s frustrating, you can’t help wondering why. And then there’s the matter that everything we know about her is coming from a potentially unreliable narrator, so there’s the possibility that we don’t even know what we think we know.

6. Oskar from Extremely Loud and Incredibly Close. Oskar is brilliant and precocious and hilarious. He has all of these strange phobias and compulsions like only wearing white clothes and carrying a tambourine with him everywhere he goes and becoming fixated on things like finding out what lock a random key will fit into. But he is endearing and unforgettable and I love him.

7. Tyrion Lannister from Game of Thrones. I admit that I didn’t finish these books (which I wrote about here) but by the time I stopped, Tyrion was by far the most interesting character. He is cynical and cunning, but he knows how to survive in a world where no one is ever on his side. He sees the intricacies of alliances and betrayals with more clarity than most and while his core ambition is to take care of himself, he has these shining noble moments that soften us towards him, even as he tries to shake those off. He is part of one of the most powerful families in the country, but he is also an outcast and an outsider. To me, he is the least predictable character in this series and that’s part of what makes him so interesting. Sometimes he’s a villain, but sometimes he acts heroically and you are left saying, “How am I supposed to feel?” which I kind of love.

8. Jay Gatsby from The Great Gatsby. Oh Gatsby. Tragic, relentlessly optimistic Gatsby. Gatsby is the most hopeless romantic of all time. He is the great embodiment of the American dream and its failure to deliver. But he is more than just a symbol, he is a complex person who is driven by a singular passion. To me, he is equal parts tragic and fascinating.

9. Atticus Finch from To Kill a Mockingbird. What can I even say? Atticus is the pinnacle of literary fathers. He is the ultimate role model for honor, justice, and courage. His heroism is in his quiet strength and his unwavering convictions of right and wrong. He’s an interesting character, but he’s also an inspiring character.

10. Long John Silver from Treasure Island. Treasure Island was my first love in terms of classics. I read it at some point in elementary school and proceeded to read it five more times. Pirates, deserted islands with buried treasure, mutiny at every turn – what’s not to love? Even with my limited literary experience, Long John Silver captured my attention – he was the villain, but he also seemed to care about Jim Hawkins in spite of himself. He couldn’t change that he was a pirate and villain, but he was also more than that and every time I read it I couldn’t help hoping that he’d change sides.

What are the most interesting literary characters you’ve encountered? Which characters leave you wanting to know more?

*As of April 17th. I use the US Amazon site. Prices may vary on other sites.

The Gifts of Imperfection, Brene Brown ($6.99) I wrote about this here.

We Should All Be Feminists, Chimamanda Ngozi Adichie. ($1.99)

The Maze Runner, James Dashner ($1.99) I haven’t read this, but the movie was mildly entertaining. Fans of The Hunger Games and Divergent might be interested.

The Martian, Andy Weir ($5.99) Another one I haven’t read, but everyone who has raves about it.

Gone Girl, Gillian Flynn ($4.20) Not my favorite but lots of people love it.

Cinder, Marissa Meyer ($2.99). This is a YA book, the first book of the Lunar Chronicles. It is a futuristic sort-of Cinderella story, except Cinderella is a cyborg and there’s a planet-wide pandemic. Just reading the synopsis, this is not the sort of book I would naturally gravitate toward, but it came highly recommended and I was impressed. It’s clever and imaginative and I couldn’t put it down.

Cress, Marissa Meyer ($2.99). The Lunar Chronicles, book 3. This is part of the same series as Cinder.

Is Everyone Hanging Out Without Me? (And Other Concerns), Mindy Kaling ($4.99). I thought this book was hilarious. Then again, Mindy Kaling is like my spirit animal. But still. Loved it. Love her.

Disclaimer: This post contains affiliate links. If you click through to make a purchase a small percentage of your purchase will go towards supporting this site. This does not affect the price of the items in any way.