January always feels like a long month to me. Maybe it’s because we’re over the excitement of Christmas, but it’s still winter. Or maybe it’s because so many of us are trying so hard to make some changes and start fresh, and getting started on a new habit is always the hardest part. Regardless of why, I’m glad to be finished with January and moving towards spring, which comes early in the south. Here’s what January looked like for me.

I read 9 books in January and got 2/3 of the way through two others, so I’m feeling good about hitting my reading goal of 125 in 2018, though I know it’s still early days. Follow me on Goodreads for updates. 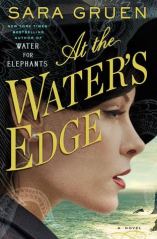 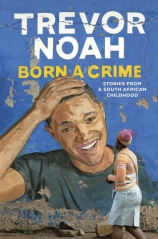 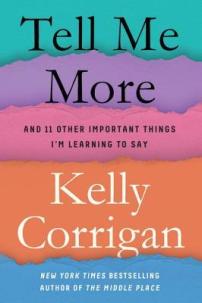 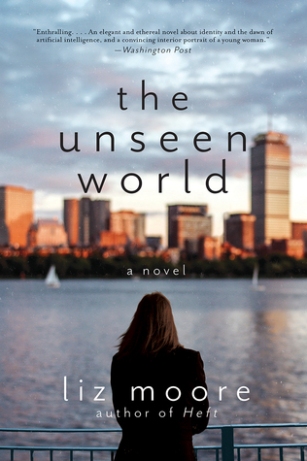 The Spy by Paulo Coelho was actually my first Coelho book. It’s fairly short and tells the story of  Mata Hari, a woman who made her debut as a dancer in Paris in the early 1900’s and charmed her way into the upper eschelons of society where she was privy to secrets. She formed relationships with many powerful men and was eventually arrested in 1917 and accused of being a spy. This is a fictional account of the actual historical person.

Coincidentally, I also read The Alice Network this month which tells the story of two women, one of whom is also a spy during WWI and is part of a network of female spies. They actually reference Mata Hari in the book as another famous female spy. I’m very into drawing connections between things I read, watch, and experience in real life, so I really enjoyed it.  I liked this book quite a bit more than I expected to and found it to be a quick read even though it’s on the long side.

I read some fantastic nonfiction this month including, Born a Crime by Trevor Noah which uses his characteristic humor to share compelling stories of growing up as a biracial child (and therefore a child conceived illegally) under apartheid in South Africa. I listened to the audio version of One Day We’ll All be Dead and None of This Will Matter by Scaachi Koul which is a book of humorous and poignant essays about a lot of different topics dealing with race, gender, and identity. I think listening to it was the way to go because you really get to hear the author’s sense of humor. Plus the short parts at the ends of each chapter that are read by “her father” are hilarious. I also read Kelly Corrigan’s new book, Tell Me More. I really love Kelly Corrigan. Her writing reminds me of Cheryl Strayed in some ways and I thought this book was great. Anne Lamott’s Hallelujah Anyway has some great nuggets woven in, but overall I don’t think it was one of her best.

I read Sara Gruen’s newest book, At the Water’s Edge and didn’t think it was anything special. It was like Water for Elephants except substitute the circus for Scotland and and the elephant to searching for the Loch Ness Monster.

The Unseen World, however was really interesting. I’m still not entirely sure what I thought about it, but it was intriguing on several levels. It tells the story of Ada Sibelius who is raised unconventionally by her father who is a brilliant scientist who keeps Ada isolated from the experiences that most other children have growing up. When her father begins to experience the early stages of dementia, Ada is forced to join the rest of the world for the first time. Meanwhile she tries to uncover her father’s secrets before they are lost forever inside of his mind. I can’t decide if I feel like this book had one too many twists or not, but overall I really liked it.

I also read Young Jane Young by Gabrielle Zevin for my book club. It’s roughly based on the Monica Lewinsky scandal, but told entirely from the perspectives of females involved. It’s a multi-generational story of female voices that is meant to be an indictment of slut shame culture. I’m not sure if it succeeds in doing that, but it was a relatively fun and easy read.

I finally starting watching The Crown after having it recommended to me over and over again. I’m halfway through Season 2 and I love it even though I pretty much hate Phillip. I am just one episode behind on This Is Us  and continue to think it is brilliant even though it always makes me cry. Jonathan and I have been watching The Good Place since it’s been back on. I am really impressed with the ways that show continues to be clever and creative and to take the story in new directions. I also binge-watched the first season of Riverdale which as scratched the itch I sometimes feel for Pretty Little Liars now that that’s over. The only problem is that I don’t have access to Season 2 yet so I have to wait for it to come to Netflix. Which I know is not a real problem, but still.

I finally got back to my blog this month and posted a Favorite Books of 2017 post, my Year in Review post, my What I Plan to Read in 2018 post, and one of my favorite posts I’ve ever written, We Must Risk Delight: Or How to Combat the Devil One Tattoo at a Time.

What I’ve Been Doing:

My world is dominated by my many jobs (I run an international student program during the day, but also do a ton of after school tutoring and some freelance writing) Just after New Year’s, Jonathan left for 6 days to do some serious writing as he prepares to turn in his thesis. I have to admit, I didn’t mind having the house to myself for 6 days, though I was definitely glad to see him when he got back.

I got my new tattoo and we went to Charlotte to visit our dear friends and their (now 4 month old!) baby, Shepherd.  We also had a magical Snow Day off of school that week. It wasn’t magical because of the snow because we didn’t actually get any, even though places as close as an hour away got several inches. It was just magical because we got a surprise day off. 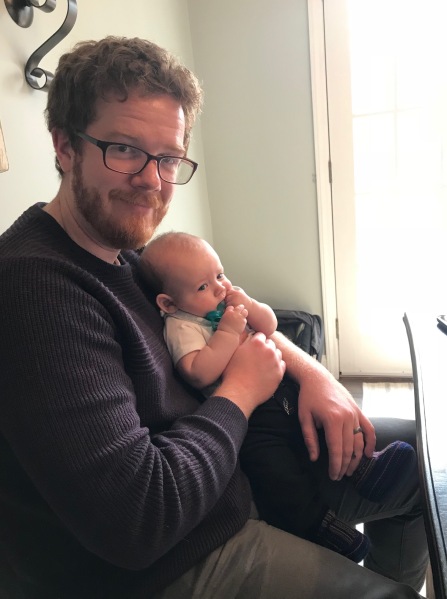 The following weekend, I took a group of 16 international students up to Asheville for the weekend. Most of them had never been and we enjoyed the artsy downtown area before heading up to a lodge on a lake that we had rented out. We went with my boss, my work wife (Rachel), and another teacher. It was such a great time. I wish I could share pictures of the kids, but I don’t feel comfortable sharing too much about my school or my students online. Just trust me when I say they are adorable.

The other thing that dominated this month (and our lives in general) was conversations about what we will do when Jonathan graduates in May. There are a million questions with no good answers and this has frankly been a very stressful period of time. It sort of feels like hurtling towards a giant crater of unknown. My favorite.

What I’ve Been Loving:

Barre classes. Seriously. I never would have thought I would get into barre, because those classes are HARD and make me feel like I’m dying, but I keep going back. I started trying out barre back in September because my friend Meredith was getting certified to teach and have been going fairly consistently ever since. I try to get there 2-3 times a week. Every time, I don’t know why I put myself through the torture, but I also come out of it feeling like I worked really hard. This hasn’t necessarily translated into any great physical change since barre will do a lot more toning than it will overall fat burning, but I feel stronger and more graceful. I also mix it up by doing zumba about once a week, which I am terrible at, but really enjoy.

My bullet journal. Yes, it takes time to make it look like this. Time that could probably be better spent elsewhere. BUT it keeps me organized, helps me with the 3,000 things I have to do every day for different jobs and clients and friends and family members, and gives me a way to remember how I’ve spent my time. I also like that I can change up the layout every week if I want depending on what I have going on.

My boots. If you know me in real life, you probably know that I am shoe girl. Like hardcore. I just love shoes. I’m not even going to try to defend it. This month I’ve particularly loved my boot collection. I think I wore a pair of boots every single day of January. I firmly believe there is a boot to fit every outfit and every occasion. Which is how I justify every new pair of boots I buy. And then there are boots like these, which are so extra, they are their own occasion.  But tell me, how can you have these on your feet and not feel happy? 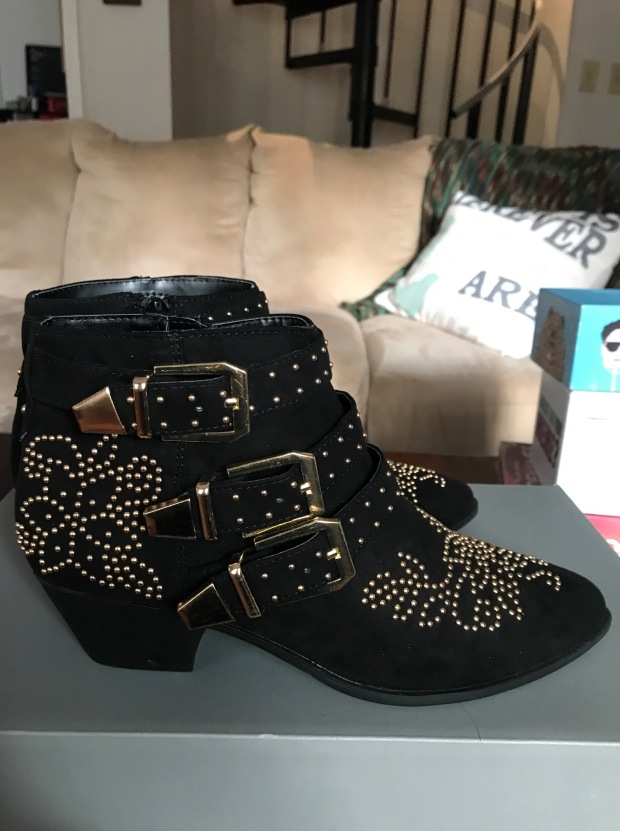 My Letterfolk board. Jonathan surprised me with this as a birthday present. I admit, it can also be a bit of a time suck thinking of what to write and putting each of those little letters in place. But also…it’s fun! I usually post mine to Instagram. Like a cool kid. 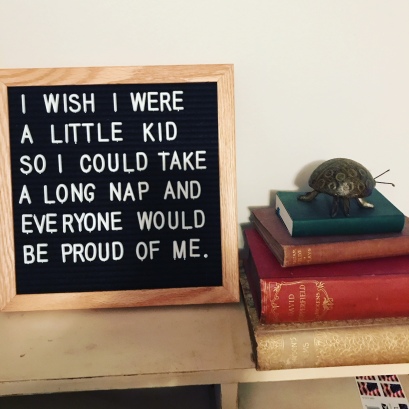 If you want to read more posts like this, head over to Leigh Kramer’s blog and check out her link up. In the meantime, what have you loved this month? Anything recommendations for me?