Today’s Book Chat is dedicated to some books that I feel like everyone but me has read. Whether I missed them during my school years, never got around to them when they came out, or intentionally refused to read them, these are all books that haven’t made it into my Hall of Books Past. 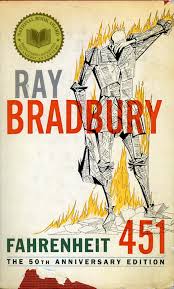 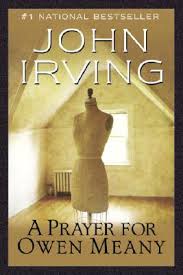 Catcher in the Rye by J.D. Salinger. The classic tale of teenage angst that everyone reads in high school. Except not my high school. I’m pretty sure my high school only allowed books where you could make an argument that one of the characters was a Christ-figure.

Heart of Darkness by Joseph Conrad. My school actually did assign this book, I just didn’t read it. Shhhh.

Brave New World by Aldous Huxley. I think a lot of students end up reading one of the classic dystopic books –1984, Fahrenheit 451, Catch-22, or Brave New World. We read 1984 (which I liked) and although my family owned Brave New World I never worked up the motivation to read it on my own. Or any of the others.

Dracula by Bram Stoker. Again, I think people either read Dracula or Frankenstein. I didn’t read either in high school, but I did read Frankenstein in college. Hubby read Dracula and says it’s worth the read so maybe I’ll get around to it someday when I’m in the mood for a classic or something a little spooky.

Invisible Man by Ralph Ellison. I know this is a common problem, but looking back on it, my high school education (and even college to some extent) there is a distinct lack of diversity in the writers we read. Mostly old white guys with a few women thrown in here and there. I think this is a book I’d like to read someday, though I don’t really know a lot about it to be honest.

The Hitchhiker’s Guide to the Galaxy by Douglas Adams. This is such a cult classic and I’ve never read it, nor have I seen the movie adaptation. I’m told it’s very funny so maybe I’m missing out.

The Little Prince by Antoine de Saint-Exupery   I know my friend Josh is going to have a heart attack when he sees this one. I’m familiar with the story and the significance, but I don’t think I’ve ever actually read it. I share that in the spirit of honesty, but you have to promise not to shun me now, Josh, even though I can hear your audible gasp from here.

A Prayer for Owen Meany by John Irving . This is another book that I feel like many other readers and writers I respect absolutely revere. I think it’s very likely I would like it if I read it, I’ve just never quite been sufficiently motivated.

If you’ve read any of these and think I’m really missing out, be sure to let me know!