Today’s book chat is a tip of the hat to some of the literature teachers I’ve had over the years who assigned me some great works that I may have never read on my own. Of course, not every book I read in school was a smash hit. A lot of the books on my Books I’m Supposed to Love But Can’t Help Hating list were also assigned reading. But this post is about celebrating the gems I discovered and  about saying thank you to the teachers who made me do something I didn’t necessarily want to do because they knew it would make my life richer. (Or because they were required to by state law, but either way…) 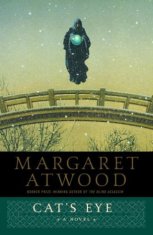 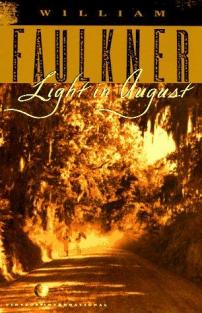 1. To Kill a Mockingbird by Harper Lee. I can’t say for sure that I would never have read this book if it hadn’t been assigned, but I certainly wouldn’t have read it when I did and I think this is a book that impacts you more when you read it as an adolescent. As a teenager in the American South this book had an impact on my developing understanding of race and justice in America.

2. The Grapes of Wrath by John Steinbeck. I wouldn’t call this a favorite book, but it is a book that I’m glad to have read. As a sophomore (or maybe junior?) in a small Christian high school I remember my sheltered self being appalled and disgusted by parts of this book (particularly the ending) but after a few years of maturing and, frankly, growing less prudish about literature, I came to really appreciate its message about the Haves and the Have Nots, the scope of moral vision, and the endurance of human dignity.

3. A Confederacy of Dunces by John Kennedy Toole. In retrospect, it’s strange that this book was assigned at my conservative Christian high school, but I think it had more to do with it being a story set in Louisiana and written by a local author. This book is considered a comedic masterpiece and follows the main character, Ignatius J. Reilly, “a Don Quixote of the French Quarter”  on a series of comedic adventures.

4. Light in August by William Faulkner. I read this book in college having previously only read The Sound and the Fury (a book I was not thankful to have read in high school). Light in August is one of my favorite modern classics and its main character, Joe Christmas, is one of the most fascinating characters I’ve ever encountered.

5. The Winter’s Tale by William Shakespeare. I happen to love Shakespeare so who can say whether or not I would have gotten to this play eventually had it not been assigned, but it is one of the less famous of Shakespeare’s plays. I read this during a study abroad in England and later saw a stage production of it in Stratford that was so creative that it brought the play to life for me in a way I’ve never forgotten.

6. Dogwalker by Arthur Bradford. I had to write a paper on this collection of short stories while in college. Initially I thought it was bizarre and disturbing and I kind of hated it. The stories in this book are strange bordering on the absurd with elements of magical realism woven throughout. After studying the text and learning more about the author I came to understand these stories as showing the strange and unconventional beauty of the misfits of society.

7. Cat’s Eye by Margaret Atwood. Elaine Risley is a painter who has returned to Toronto, the town where she grew up, for a retrospective, only to be confronted with the shadows of her childhood. As someone who has spent much of recent years trying to make sense of the complexities of my own childhood, this book resonated with me on a deep level. It was heart-wrenching and tender and funny all at once and I remember it as one of the most moving books I’ve ever read.