Usually, Korean holidays don’t coincide with American ones, but this past weekend (Memorial Day in the US) happened to be the holiday celebrating Buddha’s Birthday in Asia. Buddha’s birthday is celebrated according to the Lunar Calendar which means it’s on a different day each year, so it really was a happy coincidence that it fell on a Monday, creating a long weekend for us government employees.

This is our final holiday/day off before the end of our contract in August and was therefore our last opportunity to travel, so even though it was only a few days, we headed to Tokyo to take advantage of them. We’ve been to Osaka and Kyoto in the past, but we’d never been further than the airport in Tokyo. It seemed a shame to live so nearby (less than a 2-hr flight) for two years and never make it to the biggest city in the world.

We arrived in the city around noon on Saturday and immediately set out to see the Sensoji Temple which was within walking distance of our hostel. 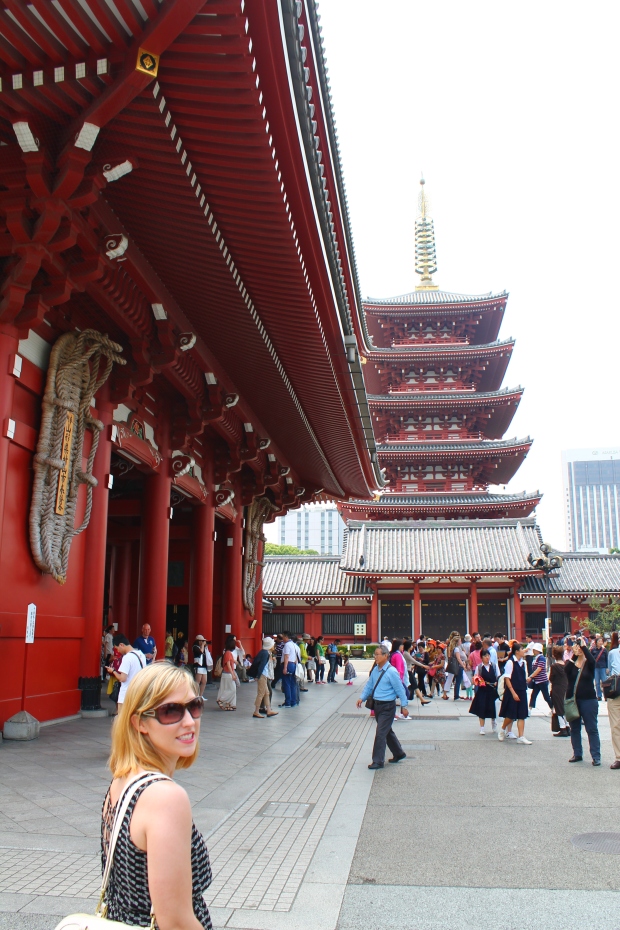 The temple area was packed with people, many lighting incense sticks or tossing coins into a big trough in front of the Buddha statue. Outside of the temple there were long streets of stalls selling all kinds of souvenirs. We wandered around for a while an eventually stopped at a little ramen shop for lunch.

The ramen shop was a super narrow hole-in-the-wall with just one long counter where you sit and eat what these guys cook up for you.

After lunch we had to go back to our hostel to check into our room and put our bags away. From there we took a long subway ride to the Shinjuku district looking for the famed Robot Restaurant. We’d heard about this place from friends who went in the past and we were intrigued. Restaurant is a bit of a misnomer since food isn’t central to the experience. In fact, we didn’t eat anything while we were there. It’s more of a show at which you can have food and drinks if you want. We weren’t exactly sure where it was, so we wandered around for a while before we found it, but the area was interesting so we didn’t mind the stroll. We were intending to buy tickets and come back later that evening for the show, but when we arrived around 3:45 the evening shows were sold out, but there was a show starting in 15 minutes, so we just went for it.

Area near the Robot Restaurant complete with Godzilla head attached to one of the buildings.

The tickets were pricey, but this was one of the weirdest and most unique experiences of my life. It was everything you imagine when you hear stories about how strange Japanese culture is. There were robots and dancing girls in weird and revealing costumes and huge radio-controlled animals and lots of drums. It was like a super geeky 13-year-old boy had been given unlimited resources to create the world of his dreams. 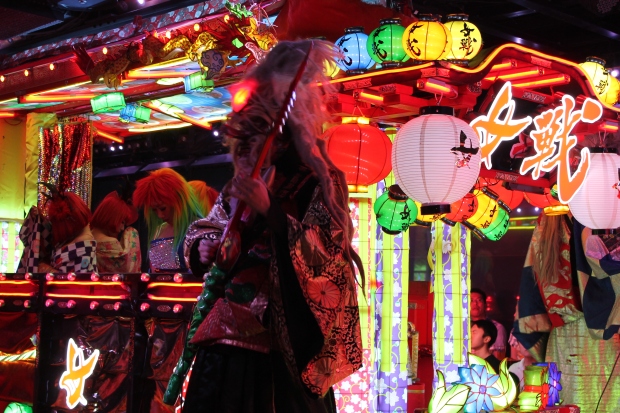 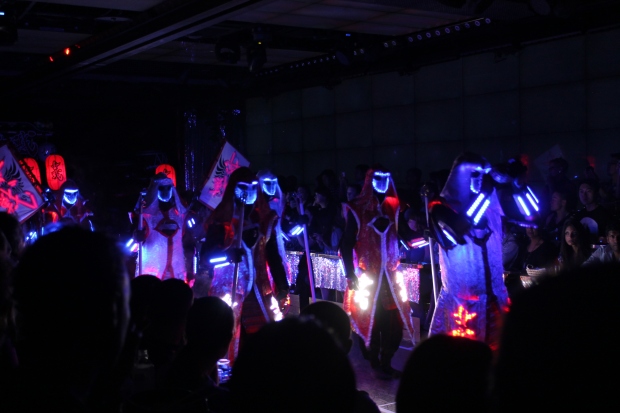 The show itself was incredibly corny. The best (and by best I mean most ridiculous) part was a story where there was a peaceful planet that gets invaded by robots and the forest and sea creatures must band together to fight the robots. The robots literally came out and said things like, “This planet is so peaceful. Let’s trash it!”

The part where Kung Fu Panda came out on a cow to save the forest from the robots.

After the show we decided to look for Yoyogi Park which has a shrine in it. Unfortunately, we had some trouble finding the entrance, and as we wandered around looking for a way in, I started to get very tired and very hungry and very cranky. Eventually we abandoned our plan and resolved to come back the next day. Instead we found a tasty dinner of donkatsu and Japanese curry.

Fortified with dinner we went down to Shibuya Station, famous for being the busiest intersection in the world. We walked back and forth across the intersection a few times taking pictures of the crowds and then went up to the second floor of the department store to look out the windows. This was a great place for people-watching.

By the time we’d finished with all of that it was after 10 pm and we’d been going non-stop since 5:30 that morning. We headed back to our hostel to shower and sleep, but not before picking up a few local snacks to try. One of our favorite things when traveling is to try out all the special varietals of regular snack foods. Japan is especially famous for their green tea (matcha) flavored treats. I happen to like green tea, so I enjoyed a lot of these. 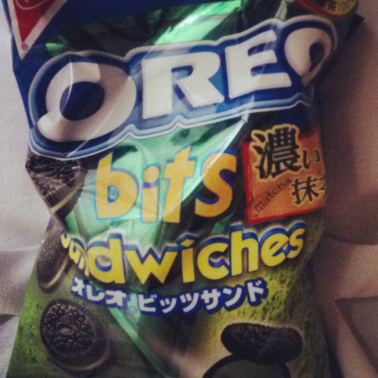 Raspberry Kit Kats. These have such a strong fake raspberry flavor and it is so artificial tasting that we weren’t big fans.

Check back next week for more Tokyo adventures! If you have an adventure to share, add your link to the link-up by clicking the button below. You can participate in all of the adventures or you can just do a few – no pressure. If you missed last week’s adventure you can find it here. And if you are new to my Fifty-Two Weeks of Adventure project you can find out more about it here.