As part of my Book Chat I’ve decided to share some of my all-time favorite books in different genres.  Contemporary literary fiction is sort of a mouthful as far as a genre goes so let me clarify – these are adult fiction books that have been written in the past 20 years or so and that are highly literary in style. These are the types of books that win major literature prizes and awards, but are still deeply engaging. Many of these books are a bit slower-paced, written with careful attention to the language, the character development, the tone, and the greater themes rather than being primarily plot-driven. These are the kinds of books that might take a bit longer to get into, but will stay with you forever.

Disclaimer: my book recommendations may contain language, sexual content, or (non-gratuitous) violence. I don’t discount books based on those things if I think they serve a purpose or don’t detract from the overall impact of the book. If you have specific questions about the content of a particular book, I’d be happy to answer them!

As always, there is a list of current Kindle sales on books I recommend at the end of this post. 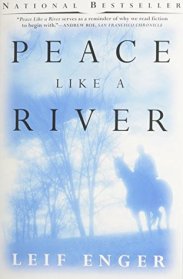 Peace Like a River by Leif Enger. This book is narrated by 11-year-old Reuben Land who is traveling with his father Jeremiah and his sister Swede through the Dakota Badlands in search of his fugitive brother, Davy, wanted for killing two men who were terrorizing his family. The true hero of this story is the father, Jeremiah, an Atticus-Finch-like character who is known for a faith so devout he’s been rumored to produce miracles. This is a book about family and faith, about unseen spirituality and maybe even magic that hides itself in ordinary places. And, of course, it is about love. This book is stunning.

The Amazing Adventures of Kavalier and Clay by Michael Chabon. This book very deservedly won the Pulitzer Prize in 2001. This book has everything – Houdini-style escape artists, comic book superheros, and the American dream. (Side Note: Every time I say something “has everything” I can’t help hearing it in the voice of Stefon from SNL. “This place has everything – sheep, freckles, potato people, a room full of heprichauns…”) In all seriousness, I think one of the things that makes Michael Chabon such a fantastic writer is his ability to take things you may not be interested in, maybe even something you’ve never given any thought to, and make it compelling. This is the story of Joe Kavalier, a young Jewish artist who escapes from Nazi occupied Prague and ends up in New York City with his cousin, Sammy Clay, who convinces him to help create a comic book series with a hero to rival Superman. It’s an unconventional, yet quintessential story of the American dream.

The Poisonwood Bible by Barbara Kingsolver. Gah. I don’t even know where to start. This book has five alternating narrators, the wife and four daughters of intense Baptist missionary Nathan Price. In 1959 Price takes his family to the Belgian Congo where he tries to force both Christianity and Western culture on a land and a people who are unwilling or unable to assimilate. This book is fascinating, disturbing, compelling, and unforgettable. As a side note, every other book of Kingsolver’s that I’ve read has also been great. I’d start with The Bean Trees. 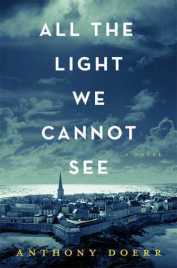 All the Light We Cannot See by Anthony Doerr. This was a best book of the year for many in 2014. In alternating chapters the book tells the story of a blind French girl whose father is the Keeper of the Locks for the Museum of Natural History in Paris and a German orphan boy whose talent with engineering gets him recruited into an elite military academy and then sent into the field tracking the Resistance during WWII. It is a gorgeous and haunting book.

Extremely Loud and In 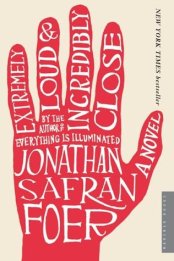 credibly Close by Jonathan Safran Foer. This book is (partially) narrated by Oskar Schell, an exceptionally intelligent, eccentric, and precocious nine-year-old who has recently lost in father in the 9/11 attacks on New York City. Oskar finds a key among his father’s possessions and becomes fixated on finding the lock this key fits into. His quest takes him all over New York City and into the lives of hundreds of people also reeling in the aftermath of the attacks. Some people felt this book was emotionally manipulative or that the use of the child narrator was gimmicky in some way, but I’ve read this multiple times and it will always be a favorite of mine. I think it is deeply moving, profound, and also entertaining.

Bridge of Sighs by Richard Russo. Russo won the Pulitzer Prize for his book, Empire Falls, in 2002 and Empire Falls is also a spectacular book, but I have a slight preference for this one. Russo is known for his small town settings and average-Joe characters who resonate with readers so deeply because they remind us that even the simplest and smallest lives are complex and rich with meaning. Bridge of Sighs tells the story of Louis Charles “Lucy” Lynch, a 60 year old man who has lived contentedly in Thomaston, New York his entire life building a successful chain of convenience stores, now writing his memoirs. Lucy, who has barely been outside of his hometown, is preparing to take a trip to Italy to see his childhood best friend, now a renowned painter. The juxtaposition of these two men – the one who never left and the one who couldn’t stay –and the story of their strange, undefinable friendship is mesmerizing.

Honorable Mentions go to: Life After Life by Kate Atkinson, The Tiger’s Wife by Tea Obreht, The Signature of All Things by Elizabeth Gilbert, Gilead by Marilynne Robinson, and Station Eleven by Emily St. John Mandel

What are your favorite contemporary literary fiction books?

*As of February 27th. I use the US Amazon site. Prices may vary on other sites.

New on sale this week:

The Immortal Life of Henrietta Lacks, Rebecca Skloot ($1.99) I read this book a few years ago and found it very interesting – it’s the story of a poor black tobacco farmer whose cells were taken without her knowledge and became instrumental in hundreds of medical innovations from the polio vaccine to gene mapping.

Mistborn– The Final Empire, Brandon Sanderson  ($4.99) This is the first book in Sanderson’s Mistborn fantasy trilogy.

Still on sale from last week:

Girl Meets God, Lauren Winner ($1.99) I actually haven’t read this one yet, but I did buy it. I read Winner’s more recent book Still (see below) just this month and am now curious to read this book, her first, which tells the story of her conversion from Orthodox Judaism to Christianity.

Looking for Alaska, John Green ($2.80) This is the author who wrote The Fault in Our Stars. I’m just finishing this book now and have enjoyed it. It’s a coming of age story that, like Green’s other books, deals with the usual sex, booze, and rebellion parts of adolescence, but also grief, loss and the greater meaning of life.

Paper Towns, John Green ($3.99) I haven’t read this one, but wanted to include it for John Green fans who might like to pick it up.

Me Before You, JoJo Moyes ($2.99) Ambitionless twenty-six year old Louise loses her job and takes a temporary position as a caretaker for a 35 year old quadripalegic who challenges her to live life on a grander scale. This is a quick read, but not a particularly light one.  Be warned that you’ll need Kleenex.

Eleanor and Park, Rainbow Rowell ($4.99) Just finished this a few days ago. One of my new favorite young adult novels. So sweet.

Big Little Lies, Liane Moriarty ($3.99) Wrote about this here. Really love all of her books.

The Night Circus, Erin Morgenstern ($4.99) I adore this book.