I feel like a rug has been pulled out from under me the last few days and it hasn’t just left me flat on my back staring up at the ceiling with a headache. When my metaphorical rug was pulled out from under me it revealed a giant hole where I thought the floor was and left me falling through it like Alice down the rabbit hole with nothing to grab hold of and no end in sight

This is my nephew, Jasper Mason Trahan, about four hours after he was born

Over this weekend my breathtakingly beautiful sister graduated from high school and I met her very first boyfriend, I got to hold my nephew when he was just 4 hours old, I got to see my family and friends from home, some of whom I hadn’t seen since my wedding last summer. I also learned some really upsetting things about people that I love. The type of things that I have no control or authority over, but that still make my heart so heavy. And while I was gone my husband received a job offer out of the blue that would move us to a place that I really don’t want to go.

In the past few days there have been three separate things that I was really excited about that I feel have now been tainted or taken from me entirely, the biggest of which being our move to Raleigh. We had already made a decision we felt good about and were making plans to move the first week of July. We even had a place to stay free of rent for the summer. I had been applying to jobs almost daily and Jonathan had made arrangements to transfer with Starbucks until he lands another job. One of my dearest friends is also moving to Raleigh this summer where she’ll be in school for the next 5 years.

To be asked to give all of that up for a place that holds no charm for me is staggering and painful. However. To refuse to give up my dreams and my wishes in order for my husband to walk through a door that God has opened for him is unbearable. How do you love someone selflessly and still be completely honest with them? How do you make a decision that could change the course of your life without feeling any excitement about it? How do you lay your life down so sacrificially that you never, ever regret it?

I can’t stand the feeling of regret. Just last week I got in touch with someone I hadn’t spoken to in years just because every time I thought about him I still felt regret over the memories I had from the time I knew him. It’s the worst feeling.

I briefly shared the situation with a friend of mine from home and she said, “You will never regret going where God tells you to go.” I needed those words and I so appreciate the encouragement that comes from them, but I am still at a loss. Neither of us have a clear sense of where God is telling us to go. A week ago, we obviously thought he was saying Raleigh, but now we don’t know. And my husband isn’t even sure he wants to take the job being offered to him, but doesn’t want to regret turning down a good job to go to a place where he doesn’t have a job lined up at all.

When we got married, I committed to lay my life down for Jonathan. Somehow I (foolishly) couldn’t conceive of a situation like this one in which it could really mean the sacrifice of more than my choice of movie or not complaining about him watching sports. But I really did mean it. And if God told me to do this I would. But right now all I’m hearing is heavy, heavy silence. 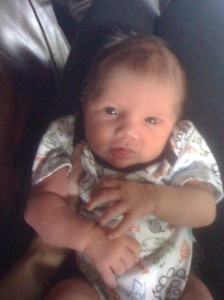 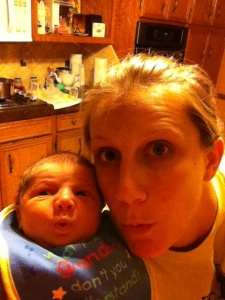