I think this month may be a record for cramming the most experiences into just 31 days. I can’t even wrap my mind around the fact that I was still living and working in South Korea at the beginning of the month. If I had to sum it up I’d say what I’ve been into this month is change. Also reverse culture shock. It’s a real thing. Linking up with Leigh Kramer for this slightly belated post.

I haven’t read anything (other than a few pages here and there) since arriving in the US August 14th. I’ve been too busy for leisure reading and too tired at the end of the day for more than a few sentences before I fall asleep. However, I just got my Richland County Library card today so game on!

At the beginning of August I read The Secret Thoughts of an Unlikely Convert by Rosaria Butterfield which was recommended to me by a friend. I had such mixed feelings about this book. Butterfield recounts her radical conversion from an atheist lesbian feminist activist who was a tenured professor in Gay and Lesbian Studies at the University of Syracuse. To me, the most interesting part of this portion of the book was the beginning where she writes about the ways she came to find Christianity compelling over a long period of time and the Christians who were in her life who were loving and gracious towards her rather than pushy and judgmental. In later chapters, however, Butterfield strays from her personal experiences and more or less makes arguments for some of her (incredibly conservative) views such as complementarianism, Psalm-only worship, and homeschooling, none of which are views I share.

Next I read Emily P. Freeman’s Grace for the Good Girl, which I’d been wanting to read for a long time. As another self-professed “good girl” who lived most of my life in fear of rocking the boat, striving for perfection and placing my identity in my own goodness, this book resonated with me. I expected this book to be more conversational or memoir-esque than it was and I wish I’d heard more personal input from the author, but hey, that means the market is still open for a book like that. ; )

I read Laini Taylor’s Daughter of Smoke and Bone, the first book in a YA fantasy trilogy of the same name. I’m now a little more than halfway through the second book in the trilogy with hopes of finishing soon now that life is settling down a bit. I’d heard great reviews of these books, but I admit that it took me a while to get into. As in, I was at least halfway through the first book before I was like, “Dear goodness, I am so glad I stuck with this because now I can’t put it down!”

I’m planning to finish the second book in the trilogy (Days of Blood & Starlight) and then finally read The Little Prince which I now own a copy of thanks to my incredibly kind and generous reader, Duncan, who sent it to me all the way from Australia. (Seriously humbled by how kind and thoughtful many of you are).

Before leaving Korea we saw Mission Impossible 5 in theaters. Always fun. On the plane I watched The Age of Adaline. It had a very Benjamin Button vibe. I could dig it. Also I’m also really into Michiel Huisman who plays the love interest (my experience with him mostly being based on his role in Nashville).

I’ve continued my guilty pleasure Gossip Girl re-watch kick lately. It’s a ridiculous show, but Chuck and Blaire, man. Chuck and Blaire. I blame my cat, Bart, who loves watching GG with me, especially on the nights that Jonathan’s in class. We’ve also continued to watch Frasier together (Jonathan and I, not Bart and I). 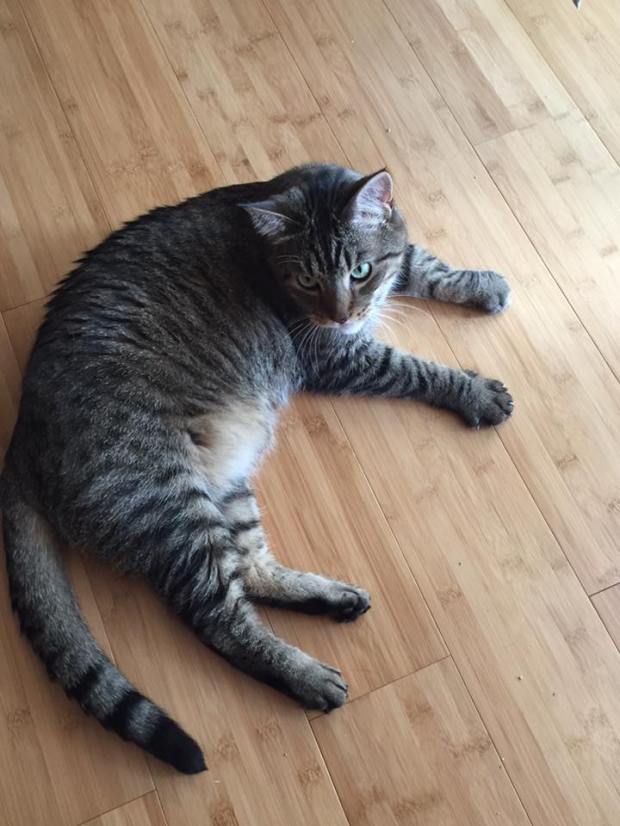 Bart is all about his Gossip Girl fix.

What I’m Listening To:

The radio! Who knew the radio could be so fun?! I’ve probably got about one week left before I’ve reached the saturation point since they do play the same songs over and over, but for now I’m still jamming to Taylor Swift, Meghan Trainor, and Walk the Moon. And I feel that Ed Sheeran and I are in a committed relationship. Also George Ezra. I love “Budapest.” It gives me all the feels.

All the western foods, naturally. I also felt compelled to try out the limited edition Lays chip flavors that are out right now for the Do Us a Flavor competition where America votes on the next permanent flavor (which is funny cause I’m not a big chip eater normally). The four options are West Coast Truffle Fries, Southern Biscuits and Gravy, Greektown Gyros, and New York Reuben. I’ve tried the first three so far and the Truffle Fries are hands-down the winner.

Otherwise, we are eating turkey everything. There is no turkey in Korea so we’ve been having turkey sandwiches, turkey burgers, and turkey bacon to our hearts’ content. Ooh, and cheese. And Greek yogurt.

Mmmm, I haven’t really done much internet viewing/reading this month. But you can always count on Jamie the Very Worst Missionary for something good. This post is called “Actually, I Can Judge You.”

This post from Addie Zierman on “All the Crooked, Half-Healed Places.”

And this guest post from Eleanor Rooke on unexpected sacred spaces and everyday monotony.

Not so much, really. I did have a satirical piece published over at Arise (Christians for Biblical Equality) called “Acting Like a Lady.” Otherwise I kept up with my 52 Weeks of adventure with a few final Korean adventures (here and here and here) and a my first American adventure (here). I did a Book Chat on what’s on my Amazon wish list and made two lists – Top 10 Things I’ll Miss About Korea followed by Top 10 Things I Won’t Miss About Korea.

I’m (hopefully) back to more regular blogging now and hope to use this space to process our ongoing transition, reverse culture shock, impressions of America after two years away, and what it looks like to build a new community.

Moving, obviously. : ) Spending time with family, seeing some friends who live in the Carolinas, traveling to Wisconsin for an epic roommate reunion, painting and decorating our new place only to have the landlord call us one week into our lease and say that they got an offer from someone who wants to buy our condo and they want us to move out. (Yes, I’m serious. More on that later).

Beautiful living room with a long-anticipated gallery wall we now have to move out of.

Interviewing. Trying to find a job/jobs. Having one job I was counting on fall through. Meeting the other people in Jonathan’s MFA program. (He’s finishing his second full week of classes today). Exploring our new city and trying a few restaurants. Going back and forth to the DMV four times in one morning to get all the documents necessary to get a South Carolina driver’s license and register our cars. Getting our cats back from their long-term cat sitter. (Bart has gotten fat. Ruthie looks the same. Their personalities are largely unchanged).

Getting another Korea-related fungal ear infection and spending my first week in Columbia finding an ENT and being treated with purple dye in my ear which stained everything it touched a brilliant violet. Joining a women’s Bible study with about 20 women of various ages who are all mothers except for me. Which has launched me back into my semi-annual soul-searching on the question – Kids, for or against? (Ultimately irrelevant right now since we have no income).

I’m exhausted.  And excited. And anxious. And overwhelmed. And happy. And looking forward to a September that is hopefully less eventful.

How was the end of your summer?