This year I read 108 books plus half of two other books. My goal was 125, so I didn’t technically complete my Reading Challenge, but I feel OK about it. Here are the best books I read across different genres along with a very brief review/synopsis for each. Just so you are aware, there are some repeats of books I’ve mentioned before this year (especially in my best of the year so far post from August). If you want to check out everything I read this year, visit my Reading Challenge page on Goodreads.

Literary fiction is sort of a catch-all for things that don’t fit neatly into other categories. The literary fiction I read is usually written with attention to language and with more emphasis on character development than a fast-moving plot, though they can certainly have both.

Us Against You by Fredrik Backman. I don’t know how he does it, but Backman tackles MASSIVE issues in such a nuanced and emotionally intelligent way. This is a sequel to Beartown, so definitely read that first, but this is a deftly handled exploration about how a community responds to violence, about rape culture, the unifying and destructive power of rivalries, and the many small actions that can lead to serious consequences.

A Place for Us by Fatima Farheen Mirza. This book tells the story of an Indian-American Muslim family and their individual struggles with belonging. Parents, Leila and Rafiq have tried to instill their traditions and values in their children, but each of their three children has had to forge their own path. Leila and Rafiq have had to make difficult decisions about whether or not they can accept and embrace their children when their decisions don’t align with Leila and Rafiq’s hopes for them. The book opens at the wedding of Hadia, the family’s oldest child, who has chosen to marry for love rather than have an arranged marriage. The family are collectively holding their breath to see if the youngest sibling, Amar, will come to the wedding after being estranged from the family for three years. It’s a novel about the ways that families try (and often fail) to love each other well

An American Marriage by Tayari Jones. Celestial and Roy are still newlyweds when the unthinkable happens. Roy is arrested and convicted of a crime he did not commit. He is sentenced to 12 years in prison. In the beginning, Celestial and Roy remain fiercely devoted to one another, but as the years go by, Celestial begins to move on with her life. When Roy’s conviction is overturned and he is released early, the (still married) couple must figure out what really makes a marriage and whether or not they can still have one.

The Heart’s Invisible Furies by John Boyne. Cyril Avery is born to an unwed mother in rural Ireland and adopted by an eccentric writer and her husband who really know nothing about children. As Cyril grows, we meet a cast of richly drawn characters who impact Cyril’s life, for better or worse. This book is largely focused on the horrible treatment of gay men in Ireland (and elsewhere) in the late 20th century. Because of that, some parts are very hard to read and some of it is very sad. There is also a significant amount of sexual content in the first half of the book (just fair warning if you don’t like reading that). However, the characters are amazingly vivid, unique, and quirky, and in the end, I can’t describe this book in any way other than beautiful, deeply moving, and unforgettable.

Pachinko by Min Jin Lee.  The book tells the story of a Korean family who have immigrated to Japan during the Japanese occupation of Korea and their experience living in Japan over the course of a few generations through the wars and beyond. The way that Korean immigrants were looked down on and denied full entry into society even generations after immigrating had some uncomfortable parallels to things going on in my own country right now. Pachinko is a popular gambling game in Japan (kind of the equivalent of a slot machine) and several characters in the book are involved in the Pachinko business which is where the title comes from.

I read 15 books that fit in this genre this year, and not a single one of them rocked my world. If I had to pick one to recommend I would say either The Wife Between Us by Greer Hendricks and Sarah Pekkanen (the story of a young woman preparing to marry a too-good-to-be-true man while being stalked by his ex-wife. Or is it?) or The Woman in the Window by A.J. Finn (Anna Fox swears she saw a woman get stabbed in the house across the street, but no one can find any evidence. Also, Anna is on a lot of medication and drinks way too much. So there’s that). 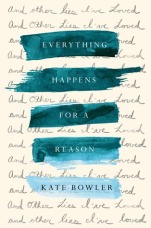 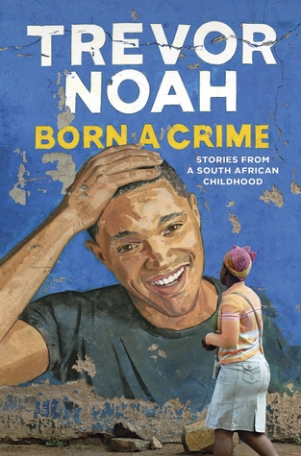 Everything Happens for a Reason and other Lies I’ve Loved by Kate Bowler. Kate Bowler is a professor at Duke Divinity School who has devoted her professional career to studying the prosperity gospel. At 35, she is diagnosed with stage IV colon cancer. As she navigates the grief and pain of illness and facing her own mortality, she finds herself drawn to the reassurances offered by the health and wealth doctrines of the prosperity gospel and comes to an understanding of why people cling to these beliefs even when they seem so obviously false.

Educated by Tara Westover. Growing up in a fundamentalist, survivalist family, Tara Westover had no access to formal education.  At 17 she became determined to do things differently. Having never been to school, she taught herself enough to gain entrance to Brigham Young University where she learned for the first time not only math, science, and literature, but about the history of her own country and of world events (like the Holocaust) which she had never even heard of. Exposure to the world of learning sparked a hunger in her for all that she did not know and went on to study at Harvard and at Cambridge. As she gains knowledge and understanding about the world and her own upbringing, she is driven to try to forge a way back to her family, so many of whom are still living in a toxic environment.

I Am, I Am, I Am: Seventeen Brushes With Death by Maggie O’Farrell. Irish novelist O’Farrell explores the fragility and beauty of life through seventeen stories of her own encounters with death.

The Girl Who Smiled Beads byClementine Wamariya and Elizabeth Weil. This is the story of one girl surviving the Rwandan genocide. This was one of the most poignant memoirs I have ever read, not only because the author survived something horrific, but because it focuses equally on the aftermath. It explores what it was like to be stateless as a refugee, but also what it was like to be safe and settled and still feel the need to put on a particular identity, to tell the kind of heroic story of survival that people want to hear.

Born a Crime by Trevor Noah. Noah which uses his characteristic humor to share compelling stories of growing up as a biracial child (and therefore a child conceived illegally) under apartheid in South Africa.

Call the Midwife by Jennifer Worth. If you like the BBC show, you will love the books which strike the same note, but do have some different stories and observations about Worth’s time working alongside a group of nuns as a midwife in some of London’s poorest communities during the 1950’s. 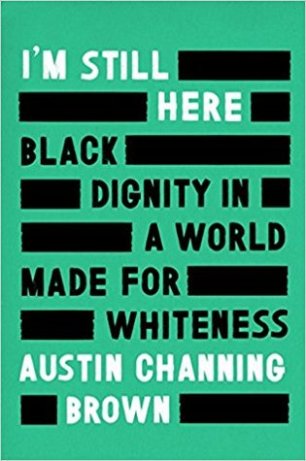 I’m Still Here: Black Dignity in a World Made for Whiteness by Austin Channing Brown. This is such an important book that I am still digesting. When I first finished it, I wished Brown would have given me some more action points. Like “How can I fix the damage I have done by being white.” But over time I started to realize that was part of the point. I am not the fixer. I am not the one to swoop in and help black people. A huge part of my role in racial reconciliation is to acknowledge my privilege and my biases and to simply listen.

Tell Me More by Kelly Corrigan. 12 beautiful essays about how to live and to love in the truest and most authentic ways possible.

The Poppy War by R. F. Kuang. Rin is a poor, dark-skinned war orphan with no prospects, but after receiving the highest score in the Empire on the entrance exam for the empire’s top Academies, she earns a spot at Sinegard, the most elite military academy. There she learns the art of war and discovers her own unique gift in shamanism, widely believed to be a dead art. When war breaks out, Rin learns the true cost of her gift and what it might take to save her people. I will say, there is a lot of descriptive violence and brutality on the page in this book, but it’s fantastic.

La Belle Savage (The Book of Dust #1) by Philip Pullman. This gives great back story if you are a fan of His Dark Materials. Otherwise, this is not the one to start with.

The Witch Elm by Tana French. I am a huge fan of Tana French although I was disappointed with her last book. The Trespasser. This is her first mystery outside of the Dublin Murder Squad series and I really enjoyed it. Toby is a carefree guy for whom everything has always come easily. After suffering a head injury, he moves to the countryside to recuperate in the old family home where his broken mind and body frustrate him. When a human skeleton is discovered on the property, Toby struggles to answer the detectives questions, whether because of the holes in his memory or because of secrets he never knew to begin with.

Lethal White by Robert Galbraith. I’ve read and loved all of the Cormoran Strike mysteries, but I will admit this was the first one that felt a bit too long for me. Nevertheless, I enjoyed trying to piece together the mystery and loved spending more time with Cormoran and Robin. 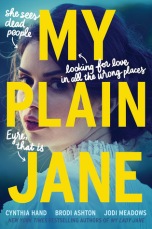 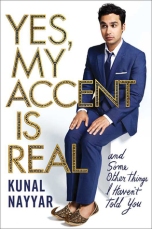 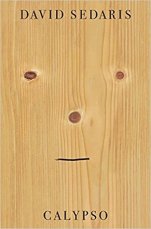 My Plain Jane. The second book in the Lady Janies series, this is a retelling of Jane Eyre where Jane Eyre is a real person who inspired her friend Charlotte Bronte and also, she can see dead people. As much fun as My Lady Jane.

Yes, My Accent is Real by Kunal Nayyar. Best known for his role as Raj Kuthrapali on The Big Bang Theory, Nayyar tells funny, heartwarming stories about his childhood, immigrating to America, trying to make it as an actor and comedian, and how a guy like him ended up with a wife like former Miss India, Neha Kapur.

Garlic and Sapphires by Ruth Reichl. New York Times food critic tells stories of literally dressing up in different disguises and assuming new identities in order to review top restaurants undetected. This is great on audio.

What did you love reading this year?